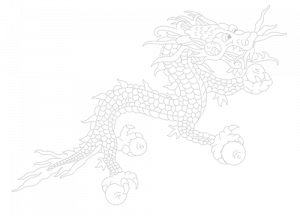 The Punakha Dzong, also known as Pungtang Dechen Photrang Dzong (meaning “the palace of great happiness or bliss”) is the administrative centre of Punakha dzongkhag in Punakha, Bhutan. Constructed by Zhabdrung (Shabdrung) Ngawang Namgyal in 1637–38, it is the second oldest and second largest dzong in Bhutan and one of its most majestic structures. The Dzong houses the sacred relics of the southern Drukpa Kagyu school including the Rangjung Kasarpani, and the sacred remains of Zhabdrung Ngawang Namgyal and Terton Padma Lingpa. Punakha Dzong was the administrative centre and the seat of the Government of Bhutan until 1955, when the capital was moved to Thimphu

The Dzong is located at the confluence of the Pho Chhu (father) and Mo Chhu (mother) rivers in the Punakha–Wangdue valley. The source of the Mo chu river is in the northern hills of Lighsi and Laya in Bhutan, and in Tibet. The Po Chu River is fed by glaciers in the Lunana region of the Punakha valley. After the confluence of these two rivers, the main river is known as Puna Tsang chu or Sankosh River and flows down through Wangdiphodrang, crosses the Bhutan–India border at Kalikhola and eventually meets the Brahmaputra River.
In view of the healthy climate in the region, Punakha is the winter capital of Bhutan. The head of the clergy of Bhutan with his entourage of monks spend the winter in this dzong. Jacaranda trees grow around the dzong, blooming with mauve flowers in the spring.

History
According to a local legend, the sage Guru Rinpoche prophesized that “a person named Namgyal will arrive at a hill that looks like an elephant”. Zhamdrup Namgyal found the peak of the hill, which appeared in the shape of trunk of an elephant as prophesized, and built the dzong in 1637-38. Another legend tells how Zowe Palep, the architect, had a vision in a dream after the Zhamdrup Namgyal ordered him to sleep under a small structure which contained a statue of the Buddha, known as Dzong Chug (small dzong). In his dream, prompted by the psychic powers of the Zhamdrup, he had a clear vision of a palace for Guru Rinpoche. The vision was imprinted on the architect’s mind, enabling him to conceive the plan for the Dzong without putting the vision on paper and to build it. On the basis of the dream vision of the architect, the building of the Dzong was started in 1637 and completed in 1638, at the place where the Dzong Chug (small dzong), had existed. During this period, Zhabdrung Ngawang Namgyal became the first religious-political leader, following his concerted efforts to unify the country into one unit as Bhutan. The dzong was consecrated in the name of Pungthang Dechen Phodrang. In 1639, a commemorative chapel was erected to house the arms seized from the Tibetans who were defeated by the Bhutanese on this spot. Zhabdrung also set up a monastic order with 600 monks (brought from Cheri Gompa of upper Thimpu valley) and he lived here till his death. The spire at the top of the utse (the dzong’s central tower or the main tower) was added in 1676 by Gyaltsen Tenzin Rabgye–the abbot of the dzong. Further additions were made during the period 1744 to 1763, when Sherab Wangchuk was the ruler. A large Thangka known as chenma (great) thoundral of the Zhabdrung was donated to the Dzong by the Desi (ruler). This thangka is displayed during the Tsechu festival held once a year here. The Seventh Dalai Lama donated the brass roof for the dzong.
Wangchuk Monarchy is currently ruling the country. This monarchy was established in 1907. The same year, Punakha Dzong was the site of the coronation of Ugyen Wangchuck (or Deb Nagpo) as the first King of Bhutan. At that time, Punakha was the capital of Bhutan. Three years later, a treaty was signed at Punakha whereby the British agreed not to interfere in Bhutanese internal affairs and Bhutan allowed Britain to direct its foreign affairs. From 1744 to 1763, the dzong was enlarged substantially during the rule of the 13th desi, when Sherab Wangchuk was the chief abbot of Bhutan. Several fires between 1750 and 1849 caused damages to the Dzong. In the 1897 earthquake, the dzong was severely damaged and also suffered numerous fires. In 1986, the dzong was partially destroyed by fire

Festivals
Demoche is the annual festival held at the Dzong, which is largely attended by people from all villages and far places of the district. The Ranghung (self-created) image of Chenresig enshrined in the utse of the dzong (brought by Zhadrung from Tibet) is displayed during the festival. During this five-day festival, also known as Punakha festival, held in February/March, there are some very impressive displays. The important display is a re-enactment of the Tibetan invasion of Bhutan in 1639 where the Tibetans were defeated. In this theatrical display, which was conceived by the Zhamdrung, a mock throwing of a relic to the Mo chu river is dramatized.
The final day of the festival marks the display of an image of Zhamdrup followed by a group dance performance by 136 people, dressed as warriors, in the main courtyard. At the end of the performance, the dancers descend down the front entrance of the dzong in revelry – whistling and shouting. The Monks led by the Je Khenpo of the Dzong then parade to the Mo chu river bank with lot of fan fare. Je Khenpo then flings oranges into the river marking the Rangjung Kharsapani, which is considered an offering to the nāga spirits residing below the river bed. After this act, the traditional mask dances commemorating the construction of the Dzong are performed in the Dzong premises.
Another ritual observed every year at this dzong is called the Lhenkey Dungchhur, and is a worship for departed souls.